The smart city to the SeaBubbles 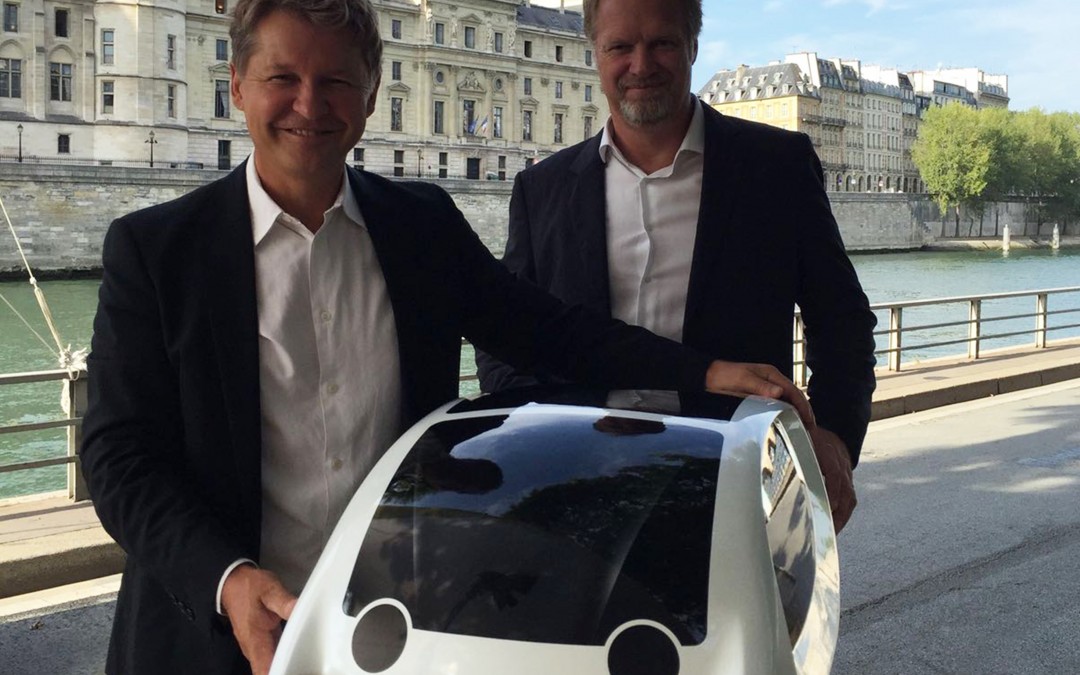 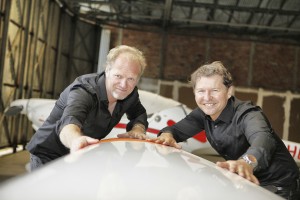 SeaBubbles is a concept of vehicle capable to fly over the water in urban zones. It becomes completely part of the smart city, which involves to reduce carbon footprint and energy billing for the benefit of mobility in cities, thanks to innovative technology. Meeting with both founders of the start-up SeaBubbles, Alain Thébault his designer, at the origin of the “Hydroptère” (hydrofoil), and his partner Anders Bringdal, world champion of speed in windsurf.

From the idea to the start-up

Following the « Hydroptère » sale, Alain Thiébault’s daughters asked him to make himself useful, by inventing something to allow everybody to fly over water and breathe better in cities. After various feasibility studies based on hydrofoil concept, Alain Thébault and Anders Bringdal create their project and jump into the start-up adventure, in order to realize the SeaBubbles prototype in 1/8e scale.

The design of SeaBubbles by its complexity, in term of technical and technological solutions, requires a lot of expertise and know-how. “The strength of this project are the people, the team”, indicates Alain Thébault. His partner and friend Anders Bringdal adds « when I was younger, a friend told me if you want to make something well in your life, surround yourself with professionals”.

Boris Prat, ex designer of the Airbus A330-A340 and Philippe Perrier, the former person in charge of Rafale program for Dassault Aviation, are members of SeaBubbles adventure, as well as other experts. Among investors, is listed Romain Lavault from venture capital firm Partech Ventures, and the founding CEO of Parrot Henri Seydoux.

Most large cities are built around rivers, and those are widely available, in particular in Paris where there is few traffic compared with rivers in Asian cities.

All over the world, various technologies and processes are considered to relieve congestion in cities blocked by road traffic, to reduce carbon emissions and noise. SeaBubbles is a solution to re-enchant cities from rivers. This bubble with a futuristic design can carry 4 passengers, has zero rate of CO2 emission, and with its stability and internal equipment, offers a maximal comfort to passengers while being completely silent.

This small battery-driven vehicle has propellers giving approximately 240 kilos thrust. From the speed of 7 knots (approximately 13 kph), the profiled wings underwater – called foils – get into motion and take off the bubble. That brings 40 % reduction in water resistance, saving up battery.

The electric lithium battery can be charged by solar panels on docks, and with marine turbines under the pontoons using the water current of the river. Autonomy is two hours, with six to seven minutes for charge time.

SeaBubbles design will be identical in all worldwide cities, and they will fly from same 80 cm height over water. On the other hand, amplitude of wings will be adapted according to the constraints of each flight speed regulation of every city. For example, in Paris, speed limit is 10 knots (approximately 19 kph) requiring an important wing surface; in San Francisco, wings will be considerably reduced due to the 30 knots speed regulation (approximately 56 kph). 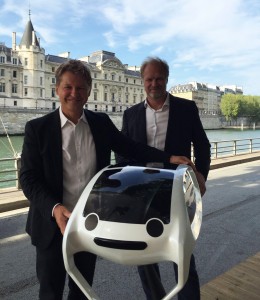 The first SeaBubbles will be released for manufacturing and tested in November 2016. It will be followed by a series of 10 to 15 copies during next Spring.

The SeaBubbles project includes a turnkey solution, comprising Sea Bubbles, plans of the river routes, locations of Sea Bubbles park, pontoons for battery charge, and a smartphone application which will allow to see position of the closest Sea Bubbles and call it as in Uber philosophy.

Paris the experimental city of SeaBubbles

Mayor of Paris Anne Hidalgo, wishes that her city be the experimental site for SeaBubbles. To achieve it, numerous meetings between public politics and founders/partners of SeaBubbles are led, to select locations in Paris port and the river waterways of France, for a small start fleet. Afterward, to answer at best the needs for Paris, best solution would be to install 25 pontoons and deploy a fleet of 600 SeaBubbles. Discussions are in progress with Ile-de-France Region and her President Valérie Pécresse.

Current hull is in composite, in a next step, it will be made from linen fibers so that it becomes biodegradable. Researches are in progress to bring necessary improvements against technical constraints.

Many requests come from cities and companies within Scandinavian countries, the United States, Africa, the Middle East, Europe, from 15 Indian cities, as from New Zealand and China.

The business model will be shown in August 2017, adapting itself to every specific demand and shall include user licenses for partners willing to distribute directly Sea Bubbles, as well as licenses for public, tourism or personal transport.